On April 9, from Noon to 4 p.m., Deborah K. Frontiera will join several other authors who are members of the Upper Peninsula Publishers and Authors Association for a public book fair. The event will be held at the L’Anse Public Library, 201 N. Fourth St., L’Anse, MI 49946. The event is free and open to the public. Deborah will speak at 3 p.m. telling some of the stories of researching Superior Tapestry in the middle of the pandemic lockdown and the challenge of obtaining information when all public libraries and university archives were closed, allowing no onsite research! She will also be selling and autographing Superior Tapestry along with all her other books. Come and meet, greet and listen to some of the Upper Peninsula’s best authors. 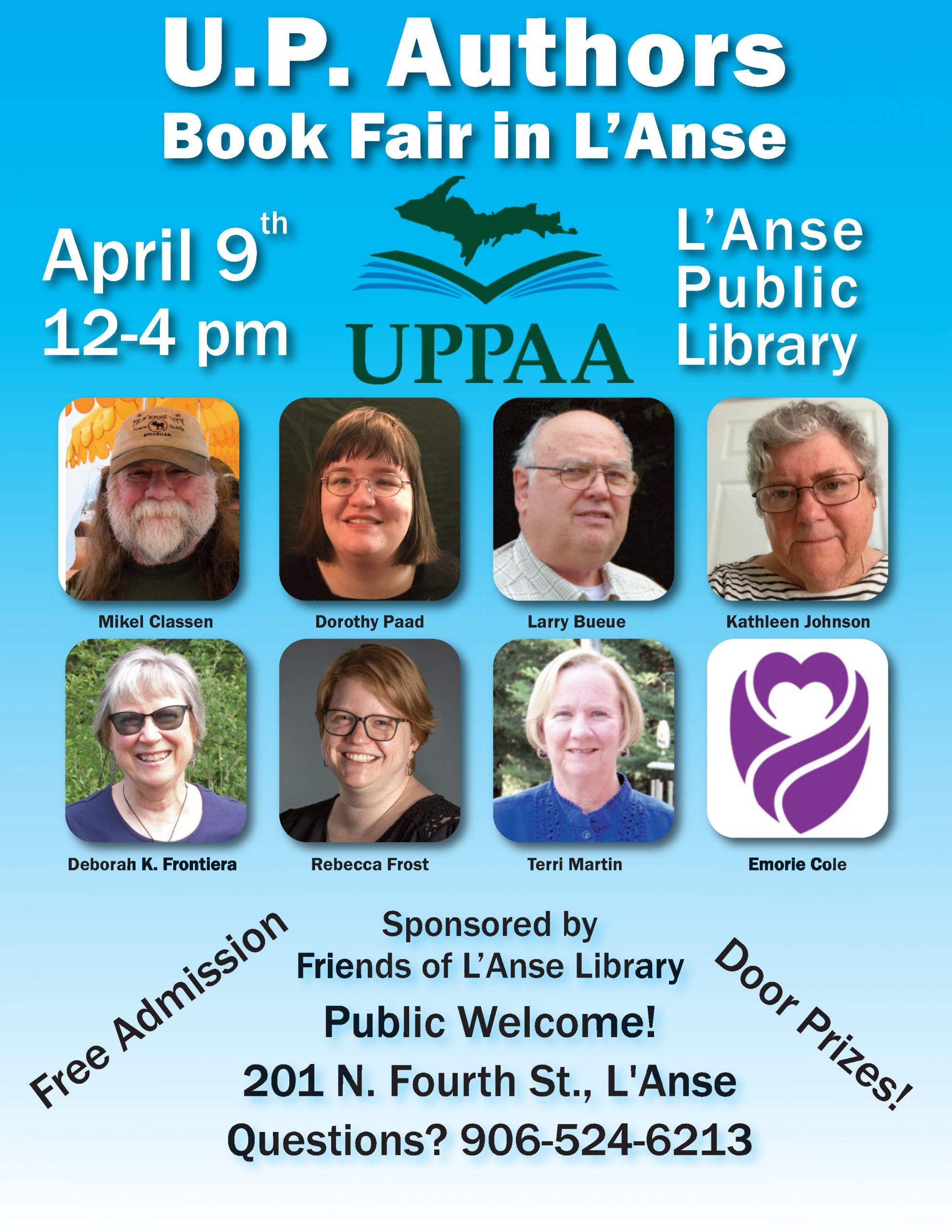